Today sports in India is not restricted to Cricket, in fact, games like Polo, Soccer, Tennis have a huge fan base. People now easily have access to sports and all the latest news related to sports. All thanks to emerging magazines that keep us abreast with all the gossip, facts, and information churned out in the sports industry. Here we have curated 8 leading sports magazines for sports lovers.

Introduced in 1978, Sportstar covers all types of international sports such as UEFA Euro, Olympics, FIFA World Cup, and Cricket. Apart from international sports, the magazine also covers different Indian sports such as Formula One Grand Pix, Cricket, football, and Tennis, etc. The magazine was started as The Sportstar, however, in 2006, the name was changed to Sportstar and now it is sold as a tabloid. In 2012, the magazine was revamped and by 2015, it introduced e-magazine with the same name. It has become a hub for sports lovers where they get the latest sports news.

The Golf-centric magazine was launched in 1950 in the United States. The monthly magazine is one of the most-read sports magazines in India. From national golf tournaments to international golf tournaments, the magazine covers it all. The Editor-in-Chief and Publisher of Golf Digest India are Ravi Narain, the man who won a gold medal in Asian Games held in 1982. The magazine also leads an annual India Golf, Expo, which is attended by more than 500 people from Golf Industry.

The cricket centric magazine is published monthly in the English language. The magazine is an ode to the cricket game since it keeps Cricket lovers up-to-date about every single cricket match that has been played whether in India or across the world. Besides, it also covers all the recent news of the cricket industry, interview of players.

It also has an exclusive column designated to the history of the Cricket and its players and contest to keep the readers hooked. If you too are cricket lover, subscribe to the magazine now at Magzter, the global magazine newsstand which has more than 8,000 magazines. Do not forget to use the Magzter promo code to get the daily updates for your favourite sports at a nominal price.

Tennis magazine was introduced in the U.S, and soon the magazine became worldwide popular with its latest news and information about Tennis game. The magazine has its online website, Tennis.com, which covers all the tennis news across the world. It offers an authoritative and comprehensive look at one of the most popular sports game, i.e. Tennis. It is a lifestyle guide for people who closely follow the game. From instruction tips by eminent sports personalities to reviews on apparels and racquets, the magazine covers it all.

Being a business-to-business publication, the magazine covers all the dimensions of how Sports Business is viewed in our country. It caters to different sport organization heads which include National Olympic Committee Members, Sports Federation and Associations, National Sports Federation, Gym’s sports authority, clubs and academies state sports federation & manufacturer and sports services and equipment in the country.

La Polo International is India’s first magazine that emphasized on Polo game and nuance of playing the game. The edition also covers the royal lifestyle of the Polo players and different tournaments held yearly with in the country and across the globe. The magazine is considered to be a one-stop destination for polo related news and lifestyle of people associated with the game. You can easily get access to this premium magazine through Magzter.

The magazine is regarded as the leading authority for all types of sports. Runner’s world is exclusively curated for athletes and the racers around the globe. It brings detailed information about training, nutrition, equipment, motivation, etc. from the eminent expert. Besides this, the magazine also covers the latest events, reports, and calendars.

World Soccer magazine features all the latest insights and news about the Soccer game. It has a team of the best writers who have a forte in the respective game. Special columns have been dedicated to different Soccer tournaments, and games played all around the world with leading authorities views. With stunning images and heart touching stories and articles, the magazine has become a go-to book for international sport. 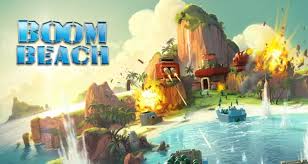 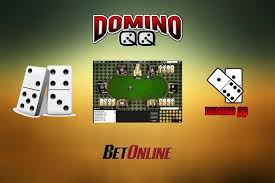 Whatever They Told You About Bandar Poker 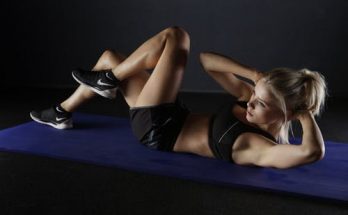