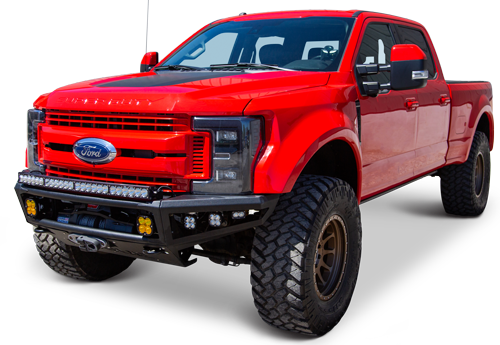 Ford is one of the leading automobile manufacturers in the world. It has been in the field for more than six decades. Over the decades, the automobile industry has grown far and wide. With upcoming technologies and changes in the engines’ designs and assemblies, many problems also arose in the Power Stroke engines. Here are the problems faced by ford’s Power Stroke over the generations in chronological order.

The old model produces less power and torque compared to the current generation. The pistons move slowly, reducing the wear and heat generated by the engine. The engine has less functionality compared to the current day’s engines. There were no EGR coolers and oil filters back then, so those engines were less problematic. They were reliable and durable. The only problem was the low torque and power production.

The year 2003 brought emission regulations into the world of automotive engines. The old engine was reliable but did not clear NOx emissions. So, Ford and Navistar had to look towards the development of a new engine. This new engine provided higher torque and horsepower than any other competitor in the market back then. It was a winner in the market with that. The engine geometry and stroke cycle promised excellent performance. With this engine, the Power Stroke problems started.

The most prominent problem that has persisted with Ford over the years is the EGR cooler. The EGR cooler was small in size and prone to sooting. It couldn’t deal with the heat output of the engine, thereby failing in cooling the engine. The oil cooler was buried deep under the manifold with very small passages. The passages would get clogged very easily and make the cooler inefficient. The passages were made of rubber which are prone to rupture.
The water pump gets crankcase. The plastic impeller cannot sustain the stress and will fail over time. This was the most unexpected and biggest problem faced by the 6.0 l Power Stroke. The bolts weren’t able to provide enough clamping force to the cylinders. The bolts came off and damaged the gasket, leading to gasket failure in the engines. The failure of cylinder bolts was a mishap. The overall engine cooling system failed due to the overuse of plastic parts and evaporation of the cooling fluids.

To rectify the previous generation’s problems, Ford complicated the engine assembly and made the engine very difficult to service. It reduced the engine serviceability by large amounts. The main problem was diesel spray. The soot would get captured in the oil filter and make the filter have combustion chemicals.

The diesel particulate system helps to prevent the oil filter from sooting. The sooting pushes the engine towards regen mode. In this mode, the engine sprays diesel out from the silencer. In the regen mode, the economy decreases and the exhaust temperatures increase substantially. The common problem of the Ford Power Stroke is the EGR cooler. Navistar added a second cooler of the same size to rectify the older cooler’s small size, but with no effect. The coolers were placed nearby with one horizontal and the other vertical. The horizontal cooler would experience cracking faster than the vertical cooler.

The oil cooler was also a common problem then. The combustion debris clogged the cooler increasing the exhaust temperatures. The malfunctioning oil filter substantially increased oil temperatures, thereby reducing the engine’s performance. Increased oil temperatures can push the engine into regen mode. Replacement of filters was not feasible. The serviceability of the engine was very poor and servicing took a lot of time and cost.
The water pump’s impeller was plastic and could not sustain the stress over time. It was replaced with an aluminum impeller to prevent breaking and cracking.

Ford finally decided to make the new engine in-house. It designed the engine with new features such as reverse flow heads, valves with individual pushrods, a cooling system, and a heat exchanger. The result of these changes gave a major improvement in the engine’s reliability. This was a common problem over generations that persisted, even after all the changes, but with less difficulty. Ford significantly improved the engine’s serviceability with this in-house design.

The EGR cooler still fails. The cooler was repositioned to make serviceability easy and cost-effective. The cooler still tend to fail because of the overall expansion and contraction of the metals. It is a type of cartridge and is easy to replace and service.

This new design was built based on the old one. Instead of going for a design from scratch, Ford decided to improve the old design, leading to the current design. The torque output was increased substantially to benefit heavy towing. The intake and exhaust flow rates were increased to improve the overall performance of the engine. Since it’s a fairly new engine, not much data or feedback is available on its faults and problems, but the EGR cooler’s passages are narrow and can choke the cooler. The oil temperature may raise during heavy towing since the torque has been increased to facilitate heavy towing. The F-150, which is similar to the lion engine of Jaguar and Land Rover, has been dropped for further development after two years of implementation. The engine may resurface in the year 2021.

The engine’s pistons were replaced with steel. They are made shorter to reduce friction and maintain the same weight as before. The new design included new features such as a 2-piece intake manifold and a faster firing injection system. To rectify the EGR cooler defect, they introduced an H-core EGR cooler. As the implementation is new, there is no data or feedback about the problems faced by this Power Stroke. 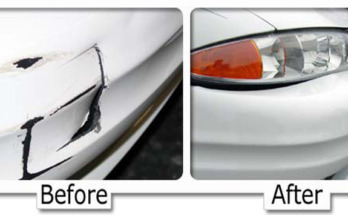 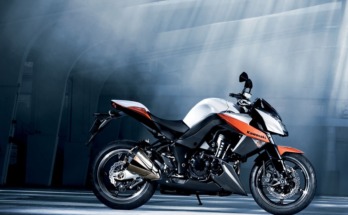 5 Tips to Buy a Two-Wheeler in the Festive Season