Tools and methods for the organization of work have received the utmost perks of technological advancements. One such tool, leading the way for the adoption of online tools and practices, is the Kanban board.

Kanban boards are generally defined as a visualization tool used for simplifying your work and provide better communication. Its basic advantages include better productivity and reduced quarrels among the team members. It provides such benefits by the simple and easy organization of data into columns. The simplest Kanban boards contain three sections:

But there is much more to Kanban boards than meets the eyes.

Some of these industries which are at the forefront of Kanban adoption are:

Let us understand the basic Kanban principles to gain further insight into why Kanban boards have become the new way of organizing your work.

The 21st century has seen fewer inventions as it has been focusing on improving the existing ones. Kanban is one such invention. Originating in the late 1940s, Kanban was first created by TaiichiOhno, a Japanese businessman. Faced by disappointment due to lack of productivity and efficiency as compared to their American automotive rivals, Toyota was facing stagnation.

This resulted in Ohno’s creative approach to achieve a just-in-time production control system which resulted in cost-reduction and better productivity and put Toyota back in the game.

The tremendous growth of Toyota became a popular outcome for Kanban and attracted several advancements. One of the major causes of Kanban becoming the choice for organizing the work in the 21st century is the introduction to the Software industry.

In 2004, David J. Anderson implemented the Kanban methodology to achieve more efficient results for the first time. He then released His first book on Kanban – “Kanban: Successfully Evolutionary Change for your Technology Business” which was published in 2010 and made Kanban even more popular. Since then, Kanban is defined as a process of getting things done in an incremental and efficient way and is broken down into 4 basic principles.

Principle 1: Start With What You Do Now

Piled up work is a common disaster faced by all industries. Work that is either in process or has been completed or is to be started holds the potential to complicate the whole process of development. Kanban recognizes this issue and states that one should work on one task at a time. By limiting your work in progress, you can make sure that there are no piled-up tasks that not only ensure better results but also helps in a less stressful process.

Kanban is a flexible process and can be applied even to projects who are already under development. Just implement the first principle and complete what you are doing right now.

The Kanban process focuses on providing more areas of improvement than any other process. It allows you to perform incremental changes with minimal effect on the project. Normally, when a change is required a number of other features have to be modified because of poor control over the development process. Kanban eradicates the need to constantly question the project performance for every change by stating to pursue incremental, evolutionary change which reduces time and efforts.

The incremental changes are often misunderstood as disrespect for the original process. But according to Kanban principle 3, existing roles and responsibilities are a crucial part of the project’s success. The current process, designed by the seniors and stakeholders with mutual understanding is respected as well and it only allows for incremental changes. These changes are expected to have the purpose of enhancements and can not act as a replacement for the original process.

Principle 4: Encourage Acts of Leadership at All Levels

To put in simple terms, Kanban principle 4 says that a team is as strong as its individual members. Kanban emphasizes the fact that every team member should possess the ability to lead his own tasks which reduces their dependency. This will make sure that each task is performed as it is a project on its own leading to outstanding results in terms of productivity and time-saving.

Why Kanban Boards Are Popular

These Kanban principles have proven to be one of the best practices for lean project development and the shortest way to inculcate these principles in your project is the use of Kanban boards.

Kanban boards can be used to easily segregate large projects for better management and trackability. By providing a visual representation of the status as well as the information of the whole project, it enables the team to get up to speed about where the project stands and what to do next through just a glance.

While they are popular in creating a product roadmap, the real strength of Kanban lies in managing teams with a large number of employees and even a larger number of tasks assigned to them. In other words, Kanban boards are one of the most productive tools in the space of project management.

The basic structure of the Kanban board can be laid out in three parts.

Lists are identified through a suitable title explaining what type of information can be added to or retrieved from the list.

Components of a Kanban board

To ensure that you leverage the full potential of Kanban in your work and experience an exceptional organization of your work make sure to build your Kanban board on these six components:

Most of the kanban boards constitute only a textual representation of data and still manage to be an exciting tool for work organization. The reason for this lies in effective visualization. Different colors to signify priorities or processes or appropriate titles for Lists, all these practices to give a better visual effect to the board are adopted to provide an at-a-glance feature. A team member can view the board at any time and identify which process has completed, which one is progress and what has to be done next with additional information like who, how and why.

The whole idea behind using a practice like Kanban is to create and easy to manage workflow. Kanban lets you achieve that through its drag and drop feature by which you can easily shift a task to its appropriate list(to-do, done or in-progress) which automatically notifies the whole team.

Work-in-progress is the most important feature to follow when going for Kanban boards. WIP focuses on reducing the accumulation of work by limiting the work that a team can do at a given moment. It adheres to the first principle of Kanban.

Making process policies explicit means defining the current work that has to be completed by the team. To involve the team and maintain their interest in following the process, you should clarify the needs of the project and the impact of leaving all other tasks to work on the current task.

Feedback is the breakfast of champions. By inculcating positive feedback, the team is encouraged to improve their existing methods. By understanding the areas of improvement it becomes more welcoming towards incremental changes leading to a better Kanban process which in turn leads to better results.

Making everyone a better leader is not just for the tasks but for better collaboration. More people bring more ideas and better enhancements but most importantly, they bring more criticism. A change cannot be made by a single person as it has effect on the whole project. To ensure the optimum result and employee satisfaction, collaboration is a must for the Kanban process.

While incremental changes sound like an exciting endeavor, the process of Kanban should be followed precisely. It should be a definitive decision to inculcate Kanban only then should you decide on what Kanban board suits your needs. Although the Kanban board has become the best choice for organizing your work and seems quite easy to use, it must adhere to the principles and have the explained components to let it remain the best choice. 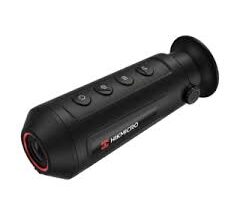 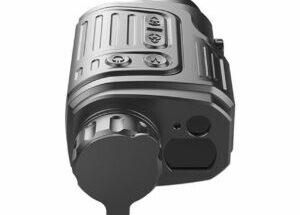