In 2018, the Insurance Regulatory and Development Authority of India had made 2 major changes that affected the motor insurance sector and its customers. According to the changes, motor insurance policyholders should have Compulsory Personal Accident Cover for the first year of the policy and the tenure of the third-party insurance cover had also been increased. Here, we discuss how these changes can impact your car insurance premium.

Changes in the rule about CPA cover in 2019

The CPA cover had become compulsory for the first year of the policy. This rule was passed with the intention to help the policyholder financially if he or she were in an accident that results in disablement or death.

However, this compulsory cover for the first year of the policy was met with unfavourable feedback because there were many insured members who already had a standalone personal accident cover. Moreover, vehicle owners with more than one vehicle found it expensive to pay premiums for CPA cover with each vehicle’s insurance policy.

Due to the unfavourable feedback, the IRDAI announced on 1 January 2019 that the personal accident cover is no longer a compulsory component of the motor insurance policy. The policyholders can choose to purchase the CPA cover with their motor insurance policy or can get a standalone policy. Thus, an individual has to have only one CPA cover for all of his or her vehicles.

In conclusion, the CPA cover is now optional, and the standalone CPA cover is valid for one year. One CPA policy covers all vehicles owned by an individual. The coverage under the CPA policy with motor insurance is only for total and partial permanent disability and death. Whereas in a regular personal accident policy, the coverage is for motor accident and the policyholder need not purchase a separate CPA cover with his or her motor insurance.

What’s more, the IRDAI has issued a circular to general insurance companies about the pricing of the products and how it should be in line with the rules as set by the regulator. If the product pricing doesn’t adhere to the IRDAI rules, then the regulator will step in and direct the insurance provider on such matters. 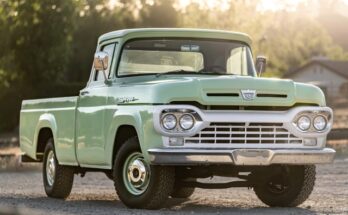 How to Care for Your Classic Car

Top reasons people use car spray paints for their cars

Important Things To Know Before You Upgrade Your Car Tyres

View all posts by bbindhusingh →